The English nursery rhyme “London Bridge Is, Falling Down” is well-known throughout the world for depicting the Bridge’s ravages and improbable attempts to rebuild it. As a result, this had to be our first sightseeing stop in London, England’s capital. London is situated on the southeastern island of the River Thames in the United Kingdom, and it is here that all the action takes place. This upscale city not only leads the globe in arts, education, fashion, and tourism, but it is also the world’s largest financial and cultural centre.

It’s no surprise that London is the most visited city in the world based on its international arrivals. Visiting the world’s most important financial centre was an unforgettable affair for me. I’ve compiled a list of some of the top locations to visit in London based on my travel adventures. Take a look! 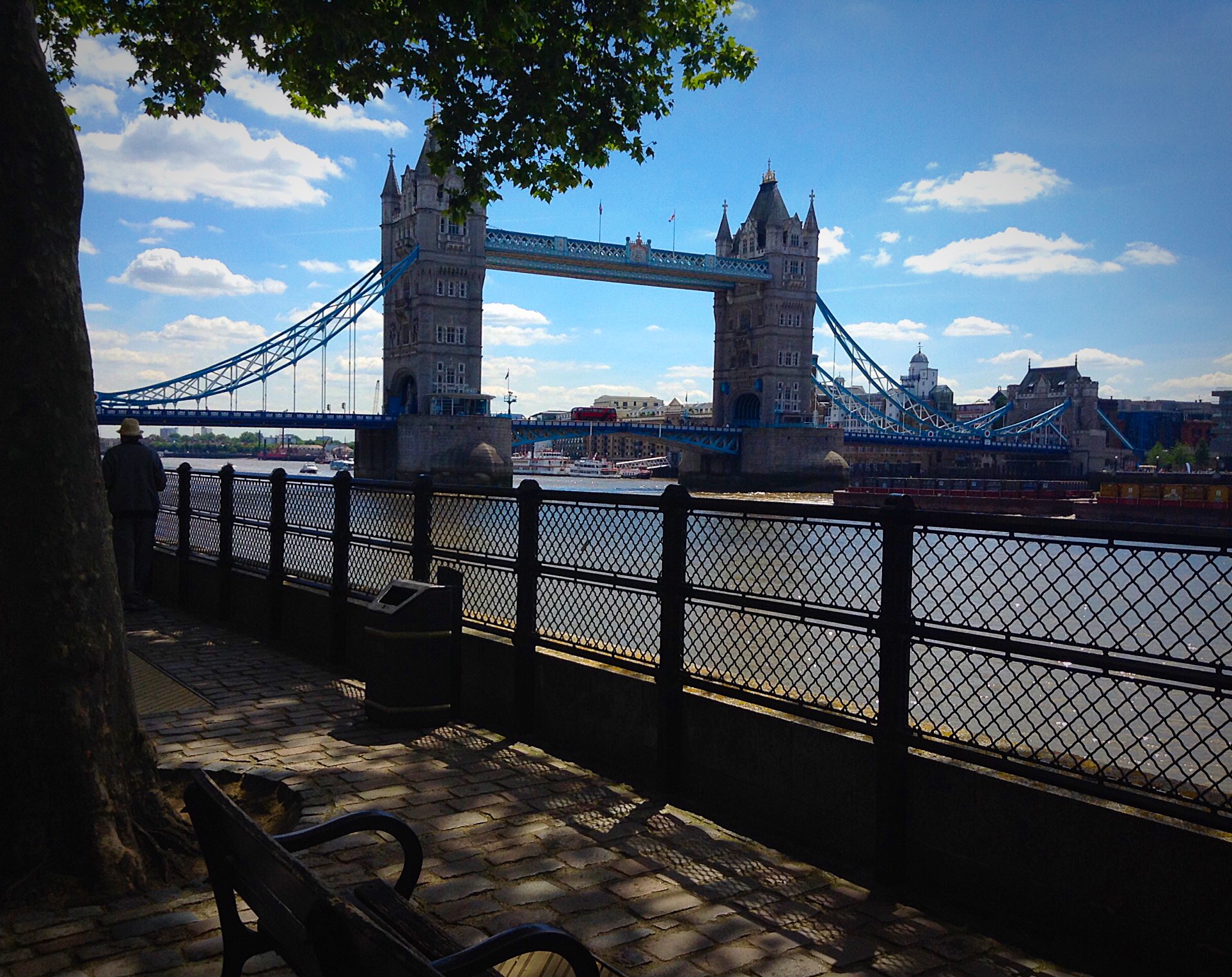 The nursery rhyme will tell you to “raise it up with iron bars, build it up with gold and silver, my pretty lady.” However, Tower Bridge, which spans the River Thames, has a different history. The Bridge replaced a historic stone-made structure that was thought to have been built by the city’s Roman founders in the 19th century. Tower Bridge, however, was the only road-crossing across the Thames until the completion of Putney Bridge in 1729. It is both a suspension bridge and a bascule in modern times, showing the early commuting culture. The cost of seeing the twin towers and the uprise walkway is £9.80 per adult.

The 10th-century Windsor Castle, Britain’s oldest Royal palace, was my next stop. Visitors are able to scout the Castle for £21.20 per adult ticket as long as the Queen is not in town. A Royal Flag is flown in the conquest to alert the people of the Queen’s attendance, while a Union flag soars in the skies to confirm her absence. The medieval towns of Eton and Windsor have grown up in the shadow of Windsor Castle. The enormous structures rising against the stunning skylines perplexed me at first glance. 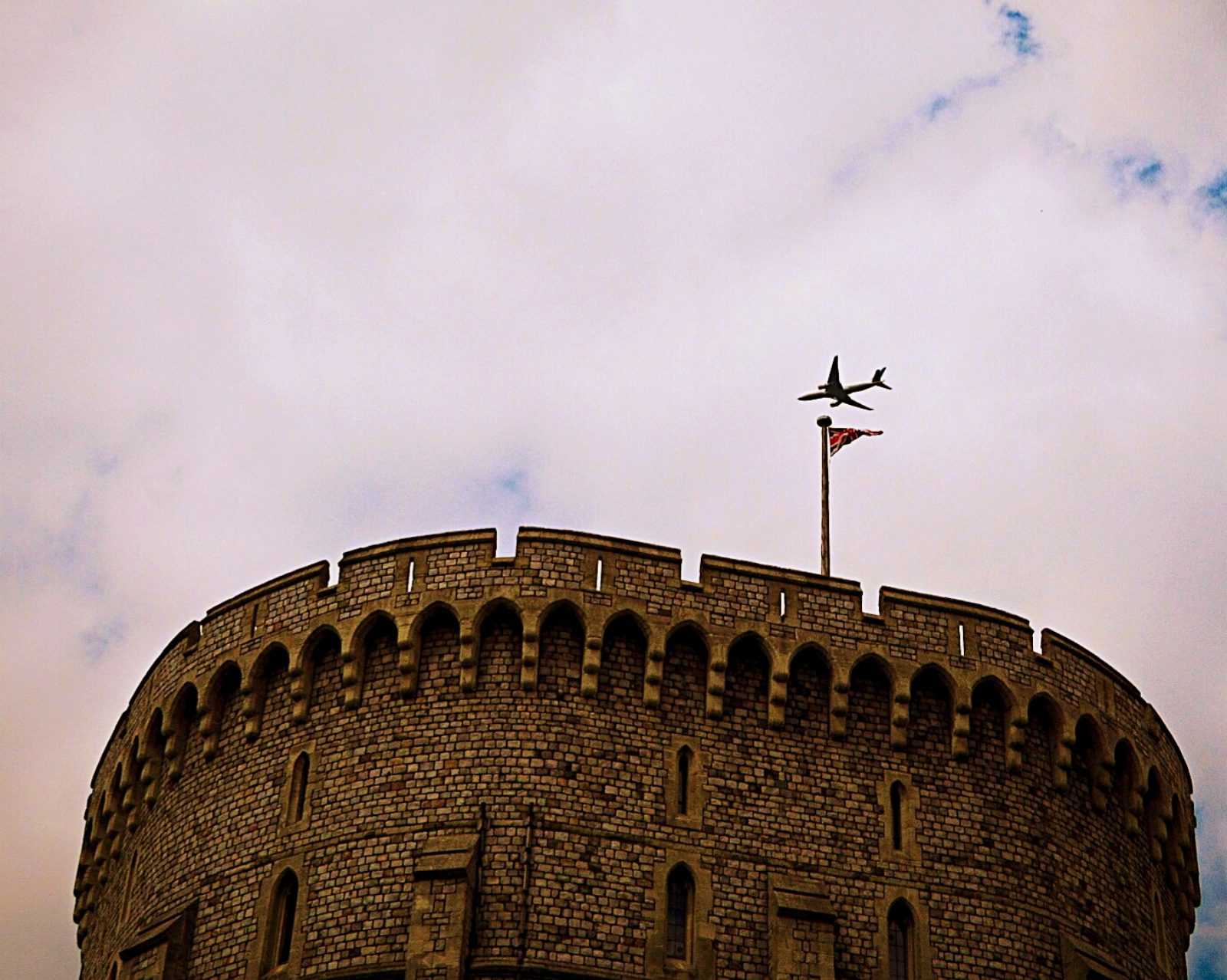 Then my gaze was drawn away from the Fortress and towards the 17th-century Windsor Guildhall and cobblestone streets, creating an imperceptible chart of the Fortress. Windsor Castle is a heritage route you can’t miss while in London, as it unveils surprises one after another. I took a short walk over the River Thames after finishing the tour of the castle to the charming 15th-century Eton High Street.

Buckingham Palace, the official abode of the UK’s sovereigns since Queen Victoria’s accession in 1837, was my third place of interest. Buckingham Palace, located in Westminster, is the monarch’s administrative headquarters and is primarily used to conduct royal hospitality and commemorate state occasions. The 17th-century Queen’s House startled me with its extended three wings encircling a central courtyard. 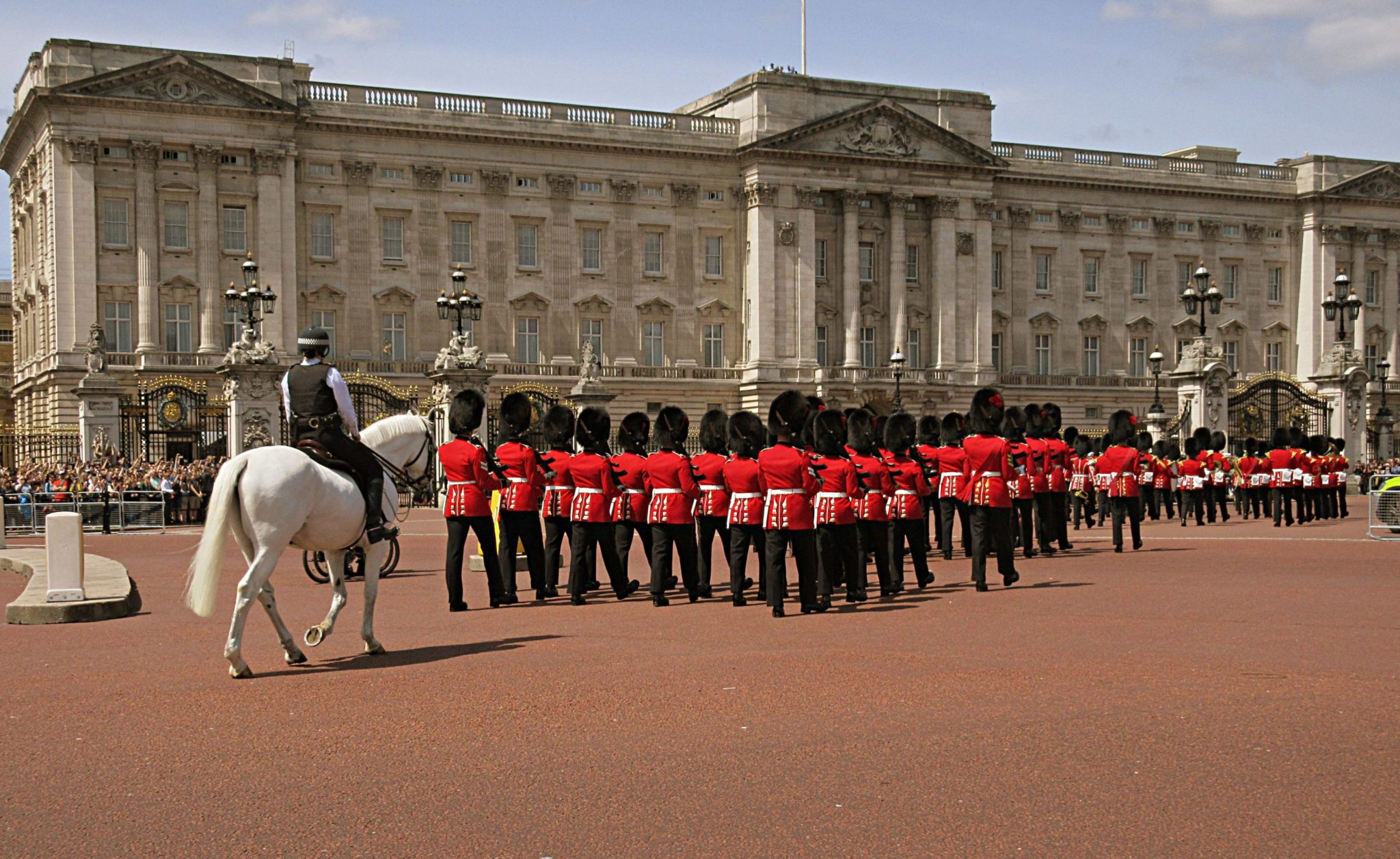 I also didn’t overlook the famous balcony, from where the Royal family waves at the crowds. The Palace boasts illuminated 19th-century motifs in scagliola, blue, and pink Lapis combined with an early-age Belle Époque cream and gold colour scheme on the inside. The best time to visit this 775-room complex is during August and September when the staterooms are available to the public for a visit. 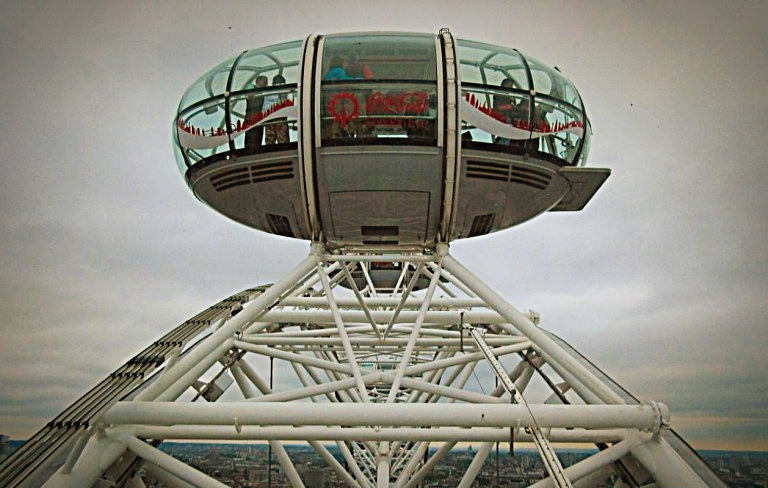 The fourth landmark on my bucket list also happened to be the most enjoyable. The Coca-Cola London Eye is an amusing attraction that takes you 550 feet above ground level to give you a breathtaking perspective of the city. It is located on the southern bank of the River Thames. In a word, this massive Ferris Wheel is the “world’s tallest cantilevered observation wheel,” with a panoramic view of Westminster Bridge. I felt like I were on a cultural city tour during our 30-minute trip on this Ferris wheel supported by an A-frame. You must pay £27.00 per adult ticket to access London’s highest public viewing point.

Another must-see attraction in London is the Madame Tussauds Museum. The world’s best waxworks are on exhibit at this complex, which was founded by Marie Tussauds in the seventeenth century. Here’s your chance to take a photo with everyone from Michael Jackson to the Royal Family.

My last visit to an attraction in London was Brasenose College, which is a part of the University of Oxford. At first glance, BNC appears to be a 15th-century ochre-coloured palace institution with an intricately carved mellow-blue dome. Officially, the King’s Hall, BNC, is one of Oxford University’s integral colleges. 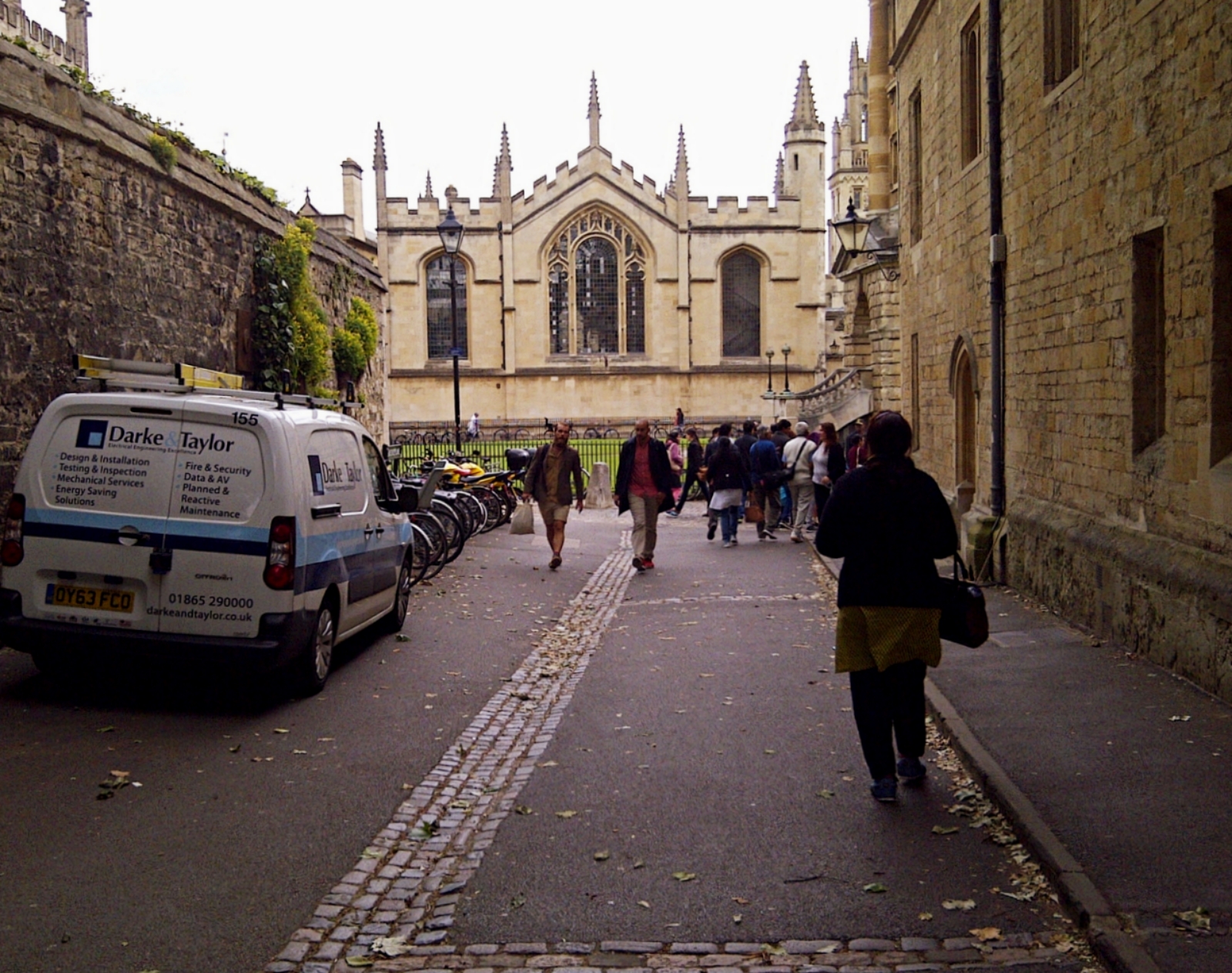 A brief walk through the campus revealed BNC’s educational background and the brand-new Quadrangle, which was completed in the early twentieth century. I saw the college library, chapel, halls, and classrooms on a half-day tour. Even so, a visit with the Brasenose College Boat Club, the world’s oldest rowing club, would have made my visit complete.

One thought on “Best Landmarks to Visit in London”