Mahaveer Giri, also known as Manua Bhan Ki Tekri, is a hilltop temple with a long and illustrious past. It was during my stay with Noor-Us-Sabah Palace that I first visited this temple. When I opened the curtains of my junior suite on the first morning, I was surprised by mountainscapes shrouded in light fog. I could see the ancient Manua Bhan ki Tekri or Mahaveer Giri (as named by the city governor) idling on the hilltop as the fog lifted its shroud.

Even though the temple appeared small from afar, something about it piqued my interest. Maybe it’s energy!

I knew I had to take a close look at this representation of harmony before leaving Bhopal. So later that day, Noor-Us-Sabah Palace gave me a chauffeur-driven city tour, which happened to end at Mahaveer Giri Swetamber Jain Temple. The city of Nawabs is full of cultural surprises from old architecture to religious variety and from local customs to an incredible culinary experience. During my 3-hour city tour, I briefly encountered all of this. 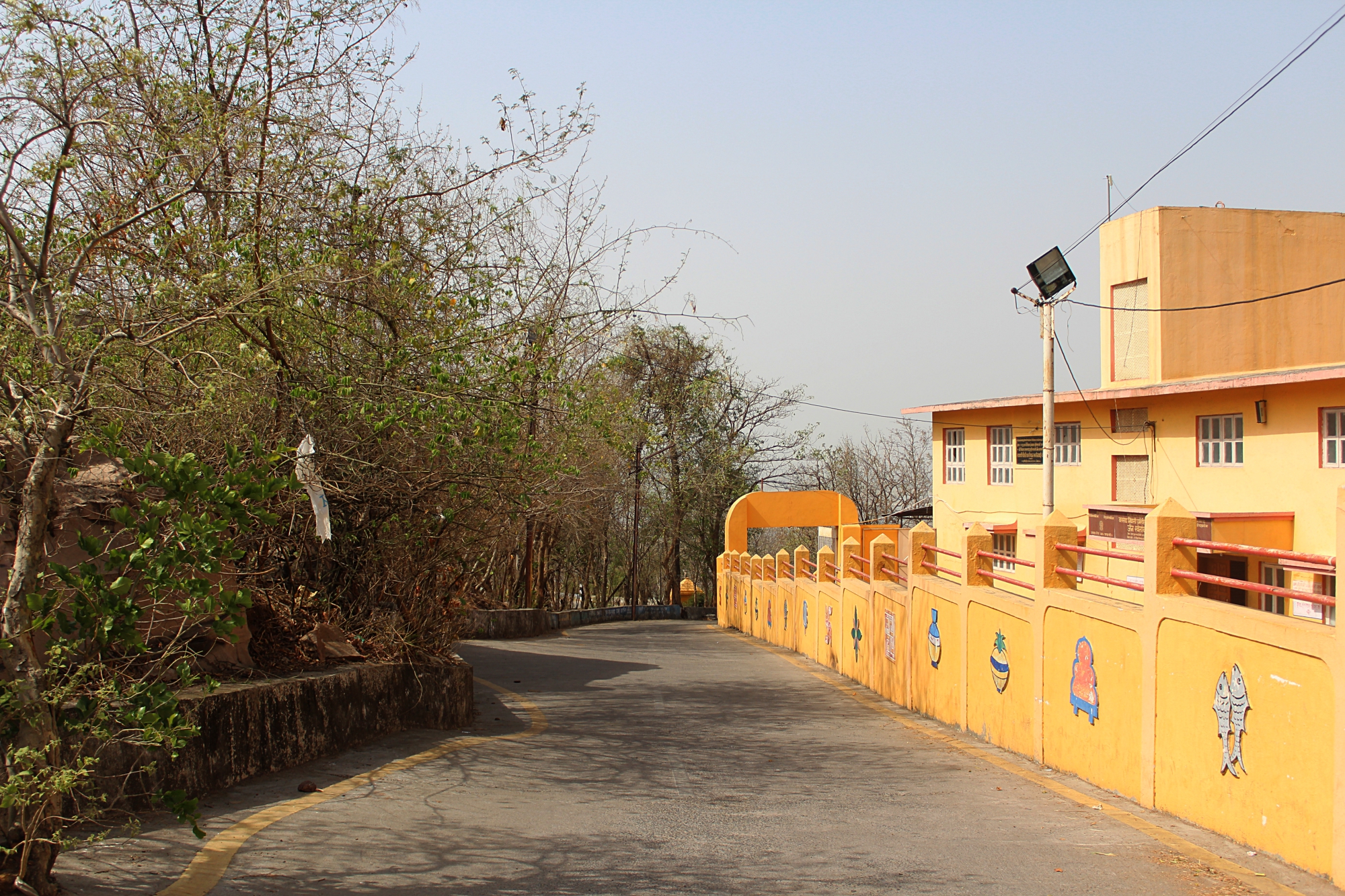 We began our trip at the Upper, and Lower Lake then went to a few Mosques, and architectural gems in old Bhopal and concluded the tour at Mahaveer Giri, the former Manua Bhan Ki Tekri. My driver began to reveal minor facts about this famous monument as we got closer to the airport route. We had arrived at an open gateway that indicated an upward climb before I even realised it. The driver slowed down, reached out of the car window, pointed to the enormous ropeway on the right, and exclaimed joyfully, “The government built this ropeway to make life easier for locals and visitors. It has restored trustworthy access to the summit of the slope.” 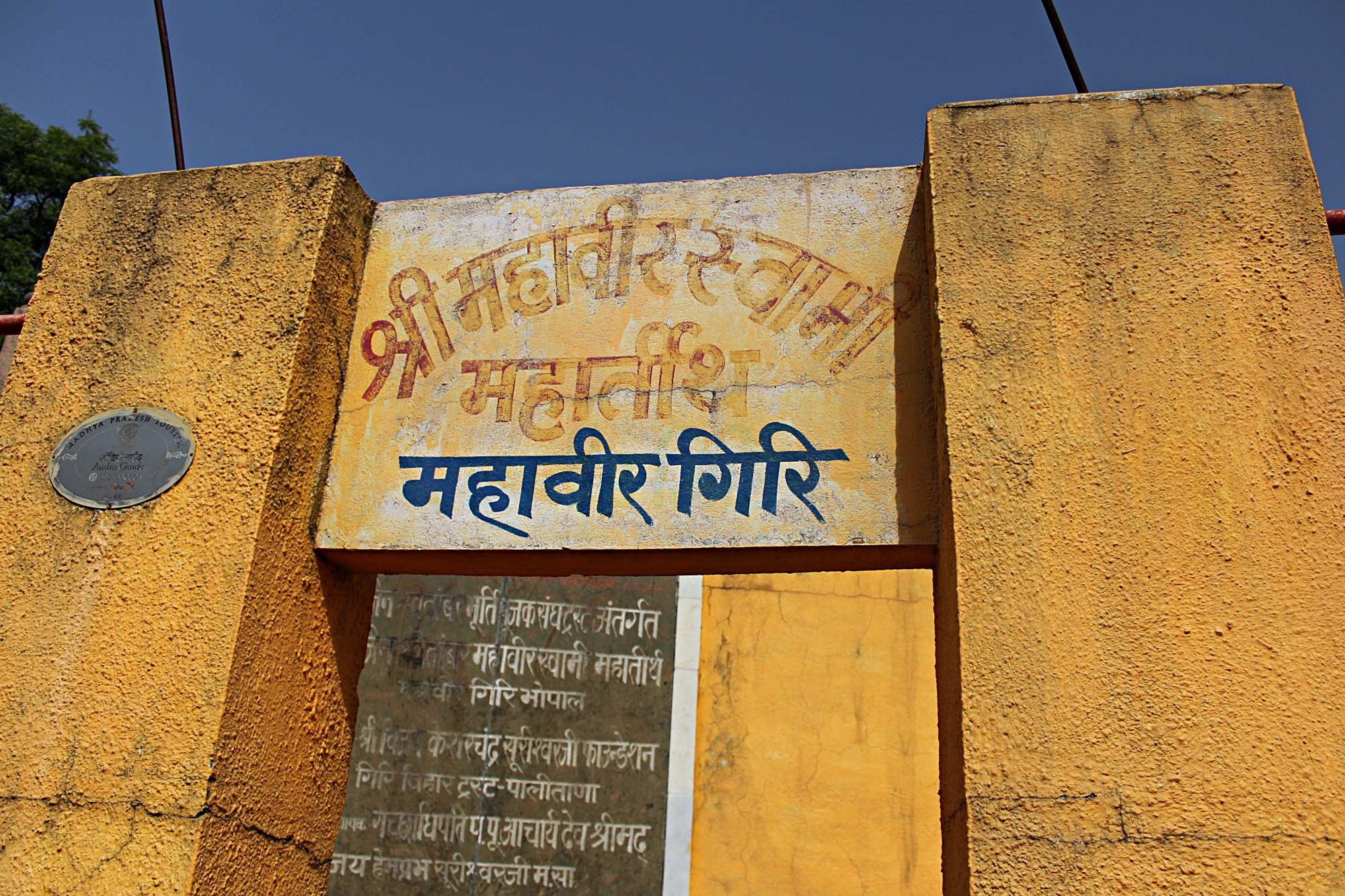 He continued to talk about the problems of uphill navigation as we drove by the ropeway. “Previously, we could only drive or walk up the incline,” he explained. Now that the ropeway is in place, anyone can pay a nominal fee to visit the shrine.” “Why is it so important for residents to attend this temple?” I inquired. I’m sure it’s quite old.” That’s when he revealed the truth. “Mahaveer Giri was created by Jain devotees in the 10th century,” he explained. 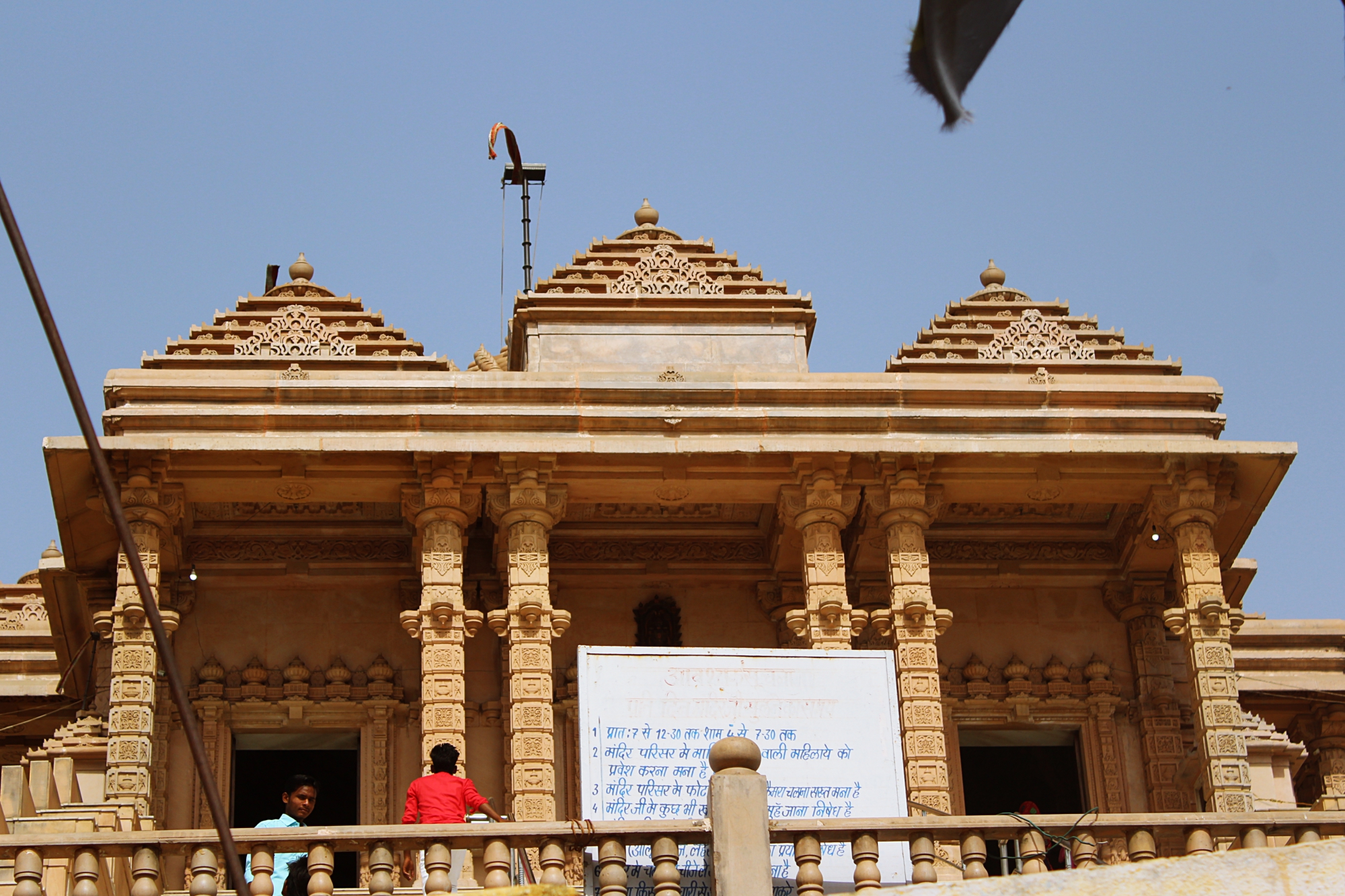 This shrine, located near Lal Ghati on the Bairagarh rd hilltop, overlooks Bhopal’s turquoise lakes from plantation partings. The majority of us come here to gaze at the beautiful scenery. In terms of history, Mantua was a jeerer in Raja Bhoj’s court, and this shrine is devoted to him. He kept the court engaged by performing entertaining acts. He decided to leave his formal position and devote his time to spiritual pursuits. In recognition of Mantua’s deed, Raja Bhoj designated this hill to be named after him. 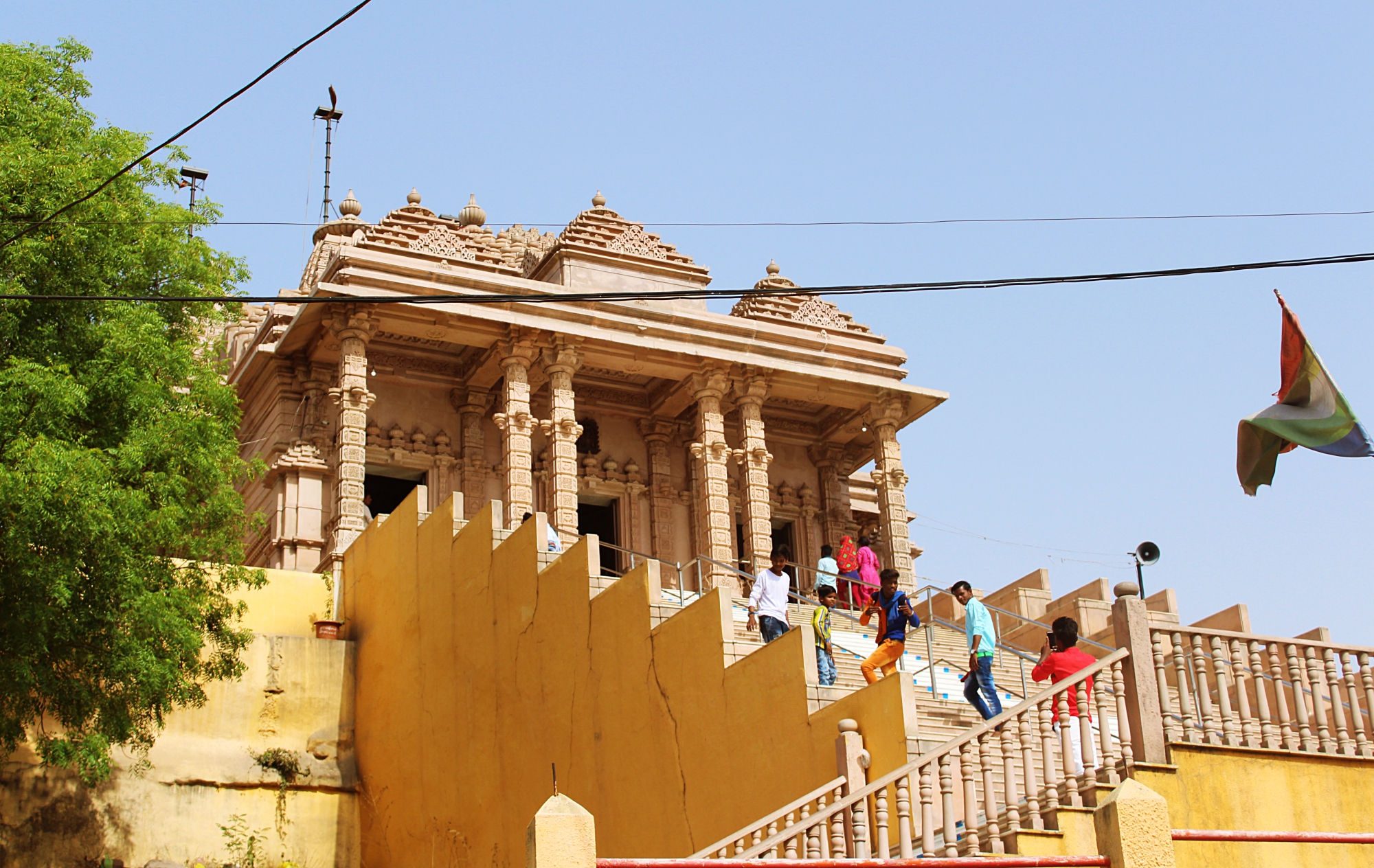 Meanwhile, the evening breeze tickled my cheeks as I rolled down the car windows to cherish Bhopal’s beautiful splendour. Mantua acquired the title of Mantugacharya, and Mahaveer Giri, along with seven other caves nearby, was built in his honour.” In the distance, I could see the lake. This entire hilltop drive was so peaceful that I wanted to go back just to sit on one of the many chairs and take in the best views of Bhopal for hours. 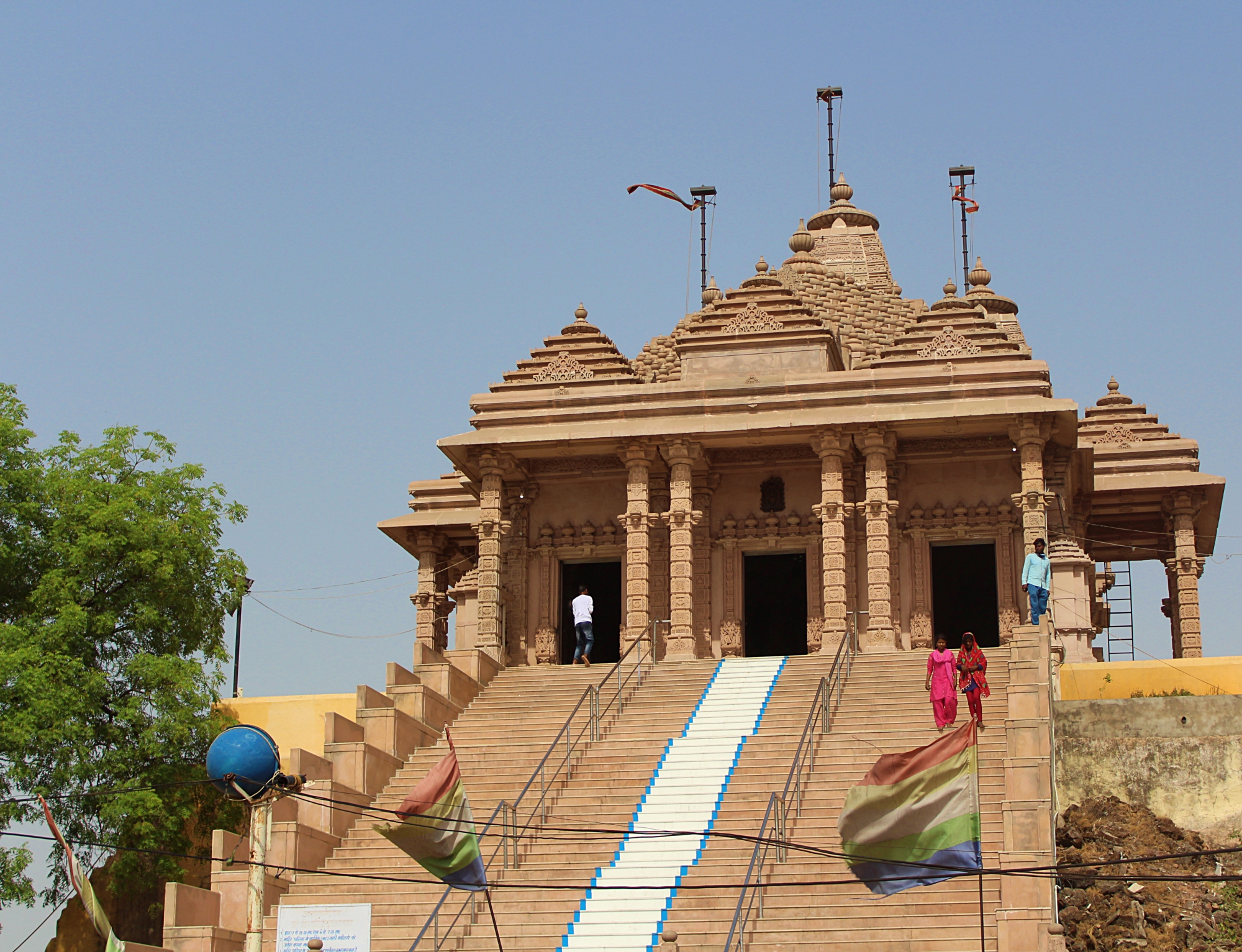 The driver spoke out again as we approached the temple. He said, “Many prominent Jain saints have visited this lovely temple, as you know, mam. When you enter, gaze at the footwear of Maharaj Shri Vijay Suriji, Acharya Manutung, and Shri Jindutta Sureshwarji. They have been kept as subservient mementoes by the temple authorities.” We had arrived at this point. It was a pleasant conversation. I had learned a lot about this temple, and now it was time to visit it.

Like many other ancient designs, Mahaveer Giri Temple includes a massive spiral biblical stairway that is centred on a central column. The walls of the coming temple are painted in a bright corn-yellow colour that eventually fades to a Dijon-yellow tint. The extraordinary writings, artistically carved on stone partitions, may be found at the temple’s Simha Gate. The fact that the language of these manuscripts has yet to be understood makes them one of India’s oldest texts. The temple administration strictly discourages photography inside the premises to prevent the carvings from fading. That’s fine!

While I was here, I spoke with a Pandit who informed me that the Mahaveer Giri temple was built by the Oswal Dynasty, a Jain community with roots in Rajasthan. As a result, the architectural style is a strong representation of Rajasthani art. “During Begum Qudsiya’s rule, an Idol of Lord Mahaveer was recovered from this temple and afterwards relocated to the Shwetambar Jain temple at Bhopal Chowk,” he said, clearing his throat.

I took a good look around and must say that this temple is very amazing and well worth a visit! Mahaveer Giri can be visited at any time, however, November is said to be the finest month to visit because the temple hosts the Kartik Purnima festival. Every year, a large gathering witnesses the ancient Kartik Purnima rites, and I want to be a part of the celebrations soon. I returned to my hotel pleased and content after spending 30 minutes in the temple and another 15 minutes on the road. Today’s excursion was my first in Bhopal, and I immediately fell in love with it.