The tall seaside Christopher Columbus Statue lies at the crossroad of La Rambla and Passeig De Colom, across Barcelona Royal Shipyard. This bronze statue, dedicated to Columbus, the great voyager, is dressed like a Spanish nobleman of the highest rank and set at a traffic circle. I set aside two full days during my trip to Barcelona to visit the lovely Ciutat Vella or Old Town. Barri Gotic, El Born, El Raval, and La Barceloneta are the four areas that make up this region. Gander at the old fishing communities along the Mediterranean shores, each with its own culture, traditions, and festivals. 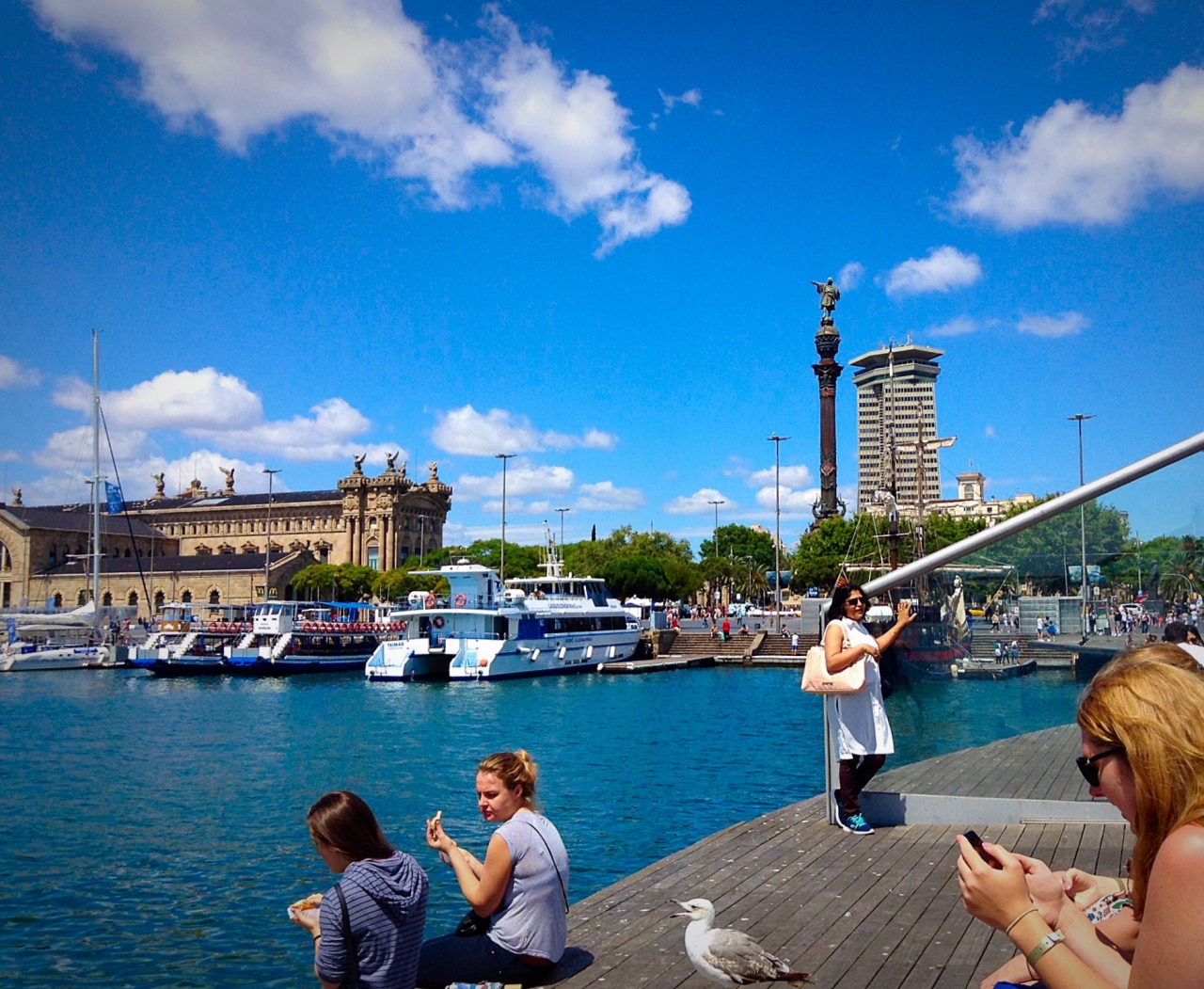 The narrow lanes of this neighbourhood are crammed with modest condos and flats that run laterally from the sunseeker beach to the dock, showcasing luxury yachts, boats, a maritime museum, an aquarium, and some of Barcelona’s best seaside restaurants. The bronze statue of Christopher Columbus, the travelling nobleman who officially reported to the Queen and King of Spain, is one of the most famous landmarks in the old town.

In the eighteenth century, the Spanish government elected to pitch a 24-foot tall statue of the Grandee Columbus near the La Ramblas traffic circle as a memorial to him. Antoni Ferrer, a Catalan, came up with the concept of erecting a statue honouring Columbus in 1856. The notion was upheld stifled for sixteen years. Until 1881, when the city mayor, Francesc Rius I Taulet, backed Antoni Ferrer’s concept by harbouring a competition to choose the best designs.

Gaieta Buigas, a well-known Spanish architect, won and was selected to build this monumental statue on the same spot where Columbus first set foot in 1493. The work on the statue began in 1882, and it was completed in 1888, just in time for the Universal Exposition in Barcelona. A 24 ft bronze figure on a towering 131 ft Corinthian column rests atop a socle. This statue is purported, to illustrate Columbus waving his right hand toward the New Southeast World while holding a scroll with his left.

Inscribed in the column is the word “Tierra,” which means “Land.” Christopher Columbus’ upright pillar predominates on an octagonal platform with four bronze-winged phenes surfacing to fly to four separate corners of the globe. Emblems depicting personalities connected to Columbus can be seen on the four ridges against the pedestal. The portrayal of recompenses of Catalonia, Aragon, the kingdoms of León, and Castile are the four figures that appear across the four domains.